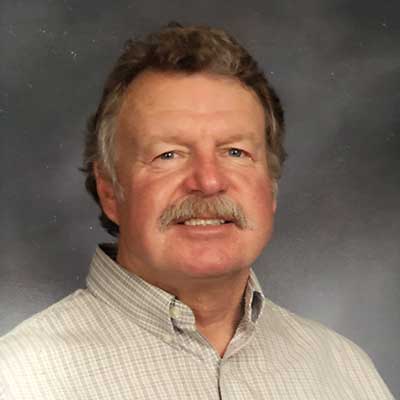 Forrest Lewis was born in Miami, Oklahoma on January 11, 1949 to Orville and Billie Lewis as the eldest of their three children. He moved to Livermore in 1960, and graduated from Livermore High School in 1967 where he excelled in football and track. While in high school, he met the love of his life, Carla Viale, whom he married as soon as they graduated in the summer of 1967. They had one son, also named Forrest, who later blessed them with three grandchildren, Danielle, Ashley, and Taite. Forrest started his construction career working for Roy Jenson, where he became a journeyman carpenter. Using these skills, he and Carla purchased a lot in south Livermore, and by the age of 28 he had built their dream home from the foundation up, buying the necessary materials one paycheck at a time. Forrest transitioned his skills as a contractor to a long career at LLNL where he became a senior superintendent for many years. As a young boy, he loved exploring Livermore’s countryside, and that continued throughout his life. That eventually led to him buying a piece of property in the Livermore hills that he had hunted as a young man, and with the help of his family turning it into a beautiful ranch for the family to enjoy for years to come. One of the other joys of Forrest’s life was travel; together with Carla, they were able to visit every continent on this planet and they did so in style. Forrest was a great friend and mentor to many throughout his life. Toward the end, when he was asked to summarize his daily prayer, Forrest answered simply “Thank you”. He approached his diagnosis of ALS with the same courage, humility, and grace that exemplified his life and made him the rock of his family, always with good humor and a smile on his face even in the hardest of circumstances. In addition to his wife, son, and grandchildren, Forrest is survived by his sister Sibyl Lewis and brother Chuck Lewis. Due to the current circumstances, a celebration of Forrest’s life will take place at a later date when we can hug each other. In lieu of flowers, the family requests that donations be made in Forrest’s name to the ALS Golden West Chapter P.O. Box 565 Agoura Hills Ca. 91376.