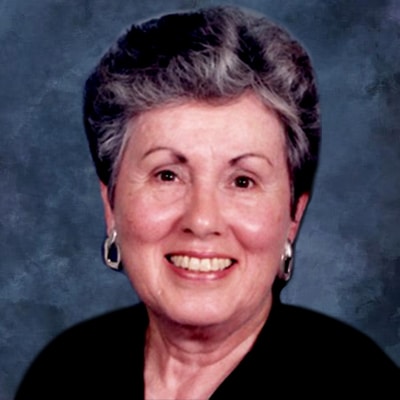 Kathleen (Kay) Sarah McGee Thomas, 91, died peacefully in her sleep at Tiffany Gardens in Livermore on Wednesday, January 15, 2020. A native of Oakland, California, Kay was born on June 24, 1928 to Hugh and Sophie McGee, Irish immigrants. She was so very proud of being 100% Irish. Kay graduated from Presentation High School in Berkeley in 1946. She met her husband Raymond (Ray) Thomas in 1953 at her sister Marjorie’s wedding where she was maid of honor and Ray was best man. Kay and Ray were married in 1955. Kay was a 51-year resident of Livermore. She was a woman of strong faith in Jesus and believed in the power of prayer. Kay enjoyed her membership with the Livermore-Pleasanton Elks and Sons in Retirement (SIRS) organizations. She and Ray loved traveling and were always interested in meeting new people and experiencing new places. Kay had the biggest heart and never met a stranger. She was known for her warm smile, friendly conversations, and for making everyone she met feel special. Family was most important to Kay. She was a beloved wife, mother and grandmother and will be deeply missed. Kay was preceded in death by her parents Hugh and Sophie McGee, brothers Hugh McGee, Jack McGee, and sister, Marjorie Daly. She will be forever missed by her loving family: husband of 64 years, Ray Thomas and her children, Gerald Thomas, Janet Thomas, Colleen (Kurt) Hornbacker, Greg (Joanie) Thomas and 7 Grandchildren: Kathleen, Taryn, Meghan, Lauren, Grant, Connor, and Riley. Kay is also survived by her brother in law, Tom Thomas, and her sister in law, Jean Thomas, numerous nieces, nephews, cousins and many dear friends. Due to the Corona Virus epidemic, a mass and reception will be held at a later date. A private interment has already been held. In lieu of flowers, donations in Kay's memory can be made to the piano fund for the residents at Tiffany Gardens, 790 Holmes Street, Livermore, CA 94550.