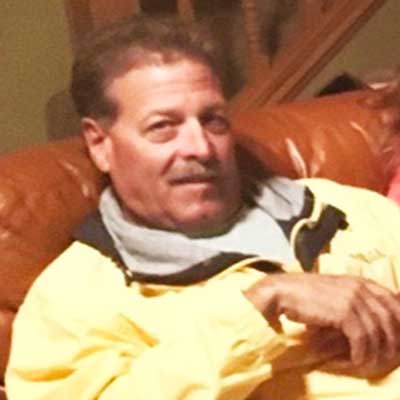 Keith Sinclair died much like he entered the world: strong, tenacious, and loving with an enduring “twinkle in his eye”. He left his earthly life to join God in heaven on April 18, 2020. Keith was born in Stockton, California on May 3, 1961, six minutes after his twin brother Greg. Only one month old, he and his family moved back to Livermore where he grew up attending Jackson Elementary School and Livermore High. Keith loved growing up in Livermore where there were endless outdoor activities for young boys. Building tree forts, digging caves, or riding his dirt bike in the fields with his brothers were his favorites. He participated in every kind of sport including water skiing, snow skiing, soccer, baseball, basketball, and football. There was always some kind of game going on with his three brothers or neighborhood kids, and by the time he reached high school his athletic ability shined through as a receiver on Livermore High’s Football Team catching most of his twin brother’s passes. (Sinclair to Sinclair pass!) As a young man, Keith was always keeping busy (with Greg) either serving as an altar boy at St. Michael’s, cutting lawns for his Aunt May or Grandpa and Grandma Larimore, having a paper route, or doing projects for Cub Scouts. He loved helping in the kitchen and cooking, too, and became a tremendous “chef” as he got older. Keith and his family loved going up to Lake Almanor to vacation in his Grandparents' cabin. Eventually, his parents moved to Lake Almanor to pursue careers and build a home on the lake. Cutting Christmas trees, golfing, skiing, fishing, barbecuing on the deck, riding ATV, playing croquette or badminton, dogs running around in the yard, or kids swinging on the hammock are memories indelibly imprinted in our minds of unforgettable family get-togethers which Keith cherished. He and his brother moved up to Chico after graduation where Keith attended Butte College receiving a degree in Electronics. He eventually moved to southern California where he worked his whole career (32 years) for TUV Rhineland. He was an admired, hardworking employee who quickly moved up the ladder of success from a technician, to engineer, to sales where he became their “top salesman” in the United States the last 8 years of his life. He eventually met the “Catch of His Life”, Darla, and her daughter Michele, whom he married in 1998. After buying a home in Vista, Keith and Darla added to their dream by buying a fishing boat which allowed the family to cruise around San Diego or Catalina Island, or go fishing for salmon, halibut, or tuna. Fishing was his passion! Keith and Darla moved back to Livermore in 2011 so that he could transfer into the medical sales division with TUV Rhineland in their Pleasanton office. They bought a beautiful home (not far from where Keith grew up) spending weekends making improvements, while enjoying golf, wine tasting, hiking, and, of course, taking his fishing boat out the Golden Gate to catch some salmon. Keith also loved traveling. He was sent to Japan and Ireland with his job and was lucky to win a trip with his company to Germany, Italy, and Switzerland where he invited his dad along. (Not married yet.) After his marriage, he and his family traveled to some wonderful places like Hawaii, New York, Boston, Mexico, the Caribbean, Yosemite, and a fishing trip to Alaska with his brothers and dad. Keith’s most endearing quality was the love he had for “his whole family”. He loved coming up to the lake to hang out with his brothers and their families, whether playing sports, fishing, sitting on the dock, or barbecuing on the deck. Family gatherings will never be the same, but that enduring “twinkle in his eyes” will always be remembered as we lift our heads to the stars above. Keith is survived by His wife: Darla, and daughter Michele, Parents Hal and Lori Sinclair, Brothers Greg and Jane (Jordan, Jeni, Rylee, Skylar, Garret & Katelyn) Brian and Laura (Matt, Danielle, Myles) Chris and Celena (Evan, Bryce, Sydney) Please consider donating to pancreatic cancer research in Keith’s memory!